What’s all involved in working in a feedlot?

Generally feedlots purchase yearlings or calves anywhere from 400 lbs to 750 lbs from ranch ers and auction markets throughout the western provinces. Upon arrival on the feedlot they are processed (tagged, recorded, weighed and given some disease preventative drugs). They are placed in corrals with cattle of the same sex and weight. From this point on Pen Checkers either ride or walk through the pen and “check” the cattle for any disease, lameness or other abnormalities. When a sick animal is spotted it is pulled from the pen and checked for tem perature and treated according to the feedlot drug protocol. The animal is then kept in the hospital till well or sent back to the pen.

The animals are fed daily by the feedtruck driver who generally follow a routine of feeding. mixing feed, loading silage, running the feedmill, unload incoming grain and test for weight and quality. Some feedlots use bunk reading software and run with laptops in the trucks to be downloaded at the office for record keeping.

Other general feedlot duties include repair and maintenance of waterbowls, fences, equip
ment maintenance bedding the cattle with straw in winter.

Most foodiots have farm land for spreading the manure and growing crops such as Barley
silage or Com silage and hay.

Working in a feedlot is a year round job with some feedlots offering every other weekend off
while others have scheduled days off and are on a cycle of days on and 3 days off for an ex
ample.

Feedlots range is capacity from 3,000 to 25,000 head and can be largely found in Southern Alberta and Saskatchewan. 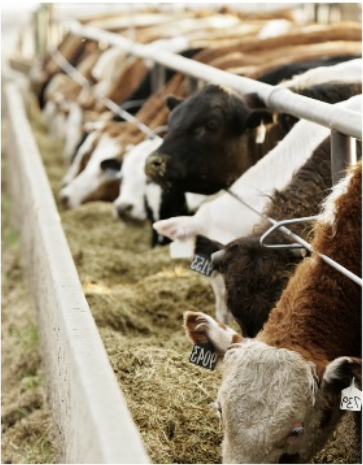